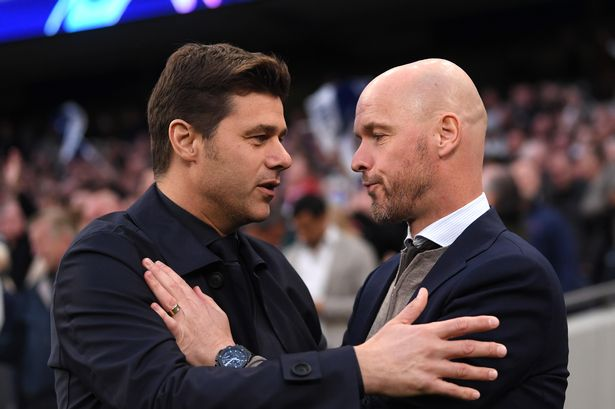 Ten Hag is among the favourites to land the job alongside Paris Saint German boss Mauricio Pochettino, who under threat of being sacked by the French giants. But Ten Hag is seemingly fancying his chances, as he has already made contact with some of his potential new stars.

Ten Hag has caught the eye at Ajax ever since he became head coach in 2017, and the Dutchman almost led them to the Champions League final in 2019, before they were stunned by a last-gasp Lucas Moura strike to send Tottenham through.

However, Ajax did the league and cup double in Holland last season, and they’re on course to defend their title again this time around, whereas United are approaching a decade without a Premier League trophy.

Ten Hag is one of the strong favourites, and according to The Times, the Dutchman has been ‘asking United’s players via third parties’ as he attempts to collect as much information as possible in preparation for a potential summer role. The Ajax boss is reportedly also seeking to learn as much information as he can about the way the club is run so that he can hit the ground running, and understand what is required.

Ajax will reportedly not stand in his way if he is offered the role by United, and the Daily Mail have reported that he has started taking English lessons to ensure he is at the required standard before potentially facing foreign media. Ten Hag will have Pochettino as a serious rival though, and the Argentine also has Premier League experience on his side after spells at Southampton and Tottenham before heading to PSG. According to David Bentley, United should choose Ten Haag over Pochettino.